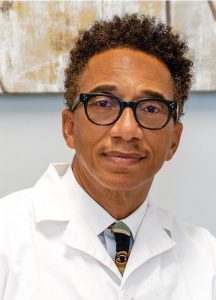 A Warm passion for smiles

It has been Dr. Hicks’s goal to open an orthodontic practice where the key focus is the patient.

Born and raised in East Saint Louis, IL., Dr. Hicks graduated high school and attended Fisk University in Nashville, TN and received a BS in 1982.  Upon graduation, he attended Meharry Medical College, School of Dentistry, where he received his Doctor of Dental Surgery in 1986.  Following graduation, Dr. Hicks completed his residency program in emergency dentistry at Montefiore Hospital in Bronx, NY in 1987. Dr. Hicks decided to pursue a career in orthodontics after training in TMJ, obstructive sleep apnea and facial abnormality.  He completed his orthodontic residency program in June of 1989 and moved to Texas in 1991. Dr. Hicks is a member of the American Association of Orthodontics.

Font Resize
Contrast
Accessibility by WAH
Call Us Text Us